This article deals with the reception of tea in Sweden from the middle of the 18th century to 2005. The aim is to examine the reception of tea as an exotic and luxurious product by the Swedish aristocracy in the 18th century, as well as to investigate how tea later on became a product of everyday life in Swedish consumer culture. Since aristocrats drank tea as a diversion in between the meals, the drink became a symbol of social status. In the 19th century, the habit of drinking tea became usual within the middle-class bourgeoisie. It was not until the 20th century that tea became a part of urban public culture. Before the rise of tearooms and cafés, tea was provided to guests or used as a break in between the meals in the private sphere. The definitive breakthrough for tea as a common drink in Sweden came about in the 1960s and 1970s.

Even if tea became popular and functioned as a well-used symbol for social status, the medical society had an ambivalent attitude towards the drink and many doctors claimed that tea was unhealthy. For example, the famous scientist Carl Linnaeus said that tea made the body weak and sick. In spite of these opinions, tea was from the very beginning described as a divine drink, and still is. However, today a shift in the description of tea can be notice in media, especially in the newspapers, and this is intimately related to a widespread consumption of green tea.

Media gives tea an important position in a popular health discourse and claim that green tea can be miraculous. Here a mixture of values and consumption culture forms a discourse. The green tea now epitomizes ideas about ancient Asian wisdom and culture, and is described as a drink which provides health and a long life. Green tea has become very popular, and media – especially a number of national newspapers – expresses these ideas. Here we can see how media holds a position as a key figure when it comes to producing and reproducing a popular health discourse that interacts with cultural and economic interests as well as with consumption habits. 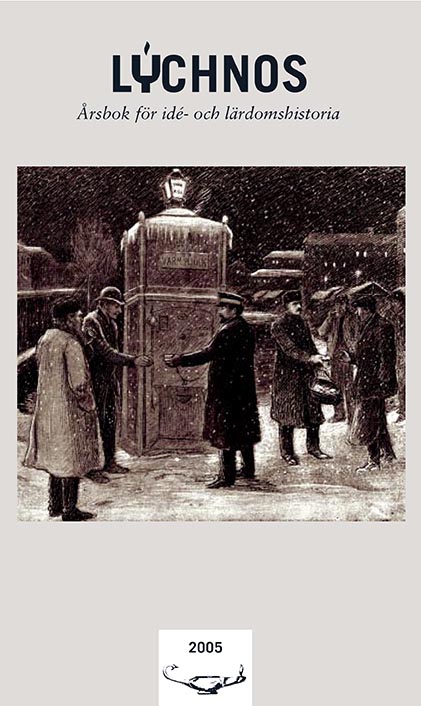